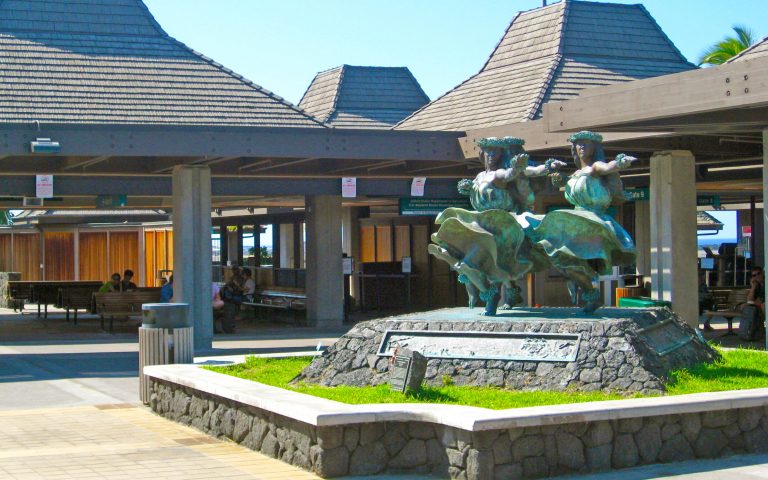 2020: Currently the airport is undergoing construction. This page will be updated when the construction is completed.

Ellison Onizuka Kona International Airport at Keāhole (KOA) is located on the west or leeward side of the Big Island Island of Hawaiʻi. It serves the west side of the island including Kailua-Kona and the resorts of the North Kona and South Kohala.

The airport was built in 1970 to replace the old airport closer to town (now called The Old Kona Airport State Recreation Area).

It was originally known as Ke-āhole Airport, since the ʻāhole fish was found nearby.

The state government of Hawaiʻi facility operates a runway and a terminal complex of single story buildings along the eastern edge of the airfield for passengers, air cargo and mail, airport support, and general aviation. Airport operations falls under the State of Hawaii Department of Transportation.

Kona International is the only remaining major airport in the Hawaiian Islands where a mobile ramp is used to plane and deplane passengers. Until a number of years ago, Hawaiian Airlines could still utilize their DC-9 fleet's tailcone exits at Kailua-Kona. This allowed people in the back of the plane to exit faster than First Class, who waited for a roll-up ramp. Also at the time, a fork lift could be used for handicapped visitors to access the plane. The terminals offered a thrill for visitors as the gates are outside and you walk across the tarmac to the boarding ramp. As of 2020 the airport is undergoing renovations.

The airport has three gate areas:

Flights into the airport offer different views. If flying from Honolulu, the left side of the plane offers views of most of the neighbor Hawaiian Islands.

If flying from the Mainland United States, the left side of the plane offers an interesting sight. As you near the Big Island, you will probably see Mauna Kea and Mauna Loa rise above the clouds. The may have snow-capped tips during part of the year.

As the plane lands, travelers on the right side of the plane will see down the coast with lush vegetation and lots of activity. Travelers on the left side of the plane will see black lava and a few resorts towards the north. The separation between these two views is at the airport and offers two distinct impressions of the island to the travelers. As you will see, these are only two of the many faces of the island we call home. 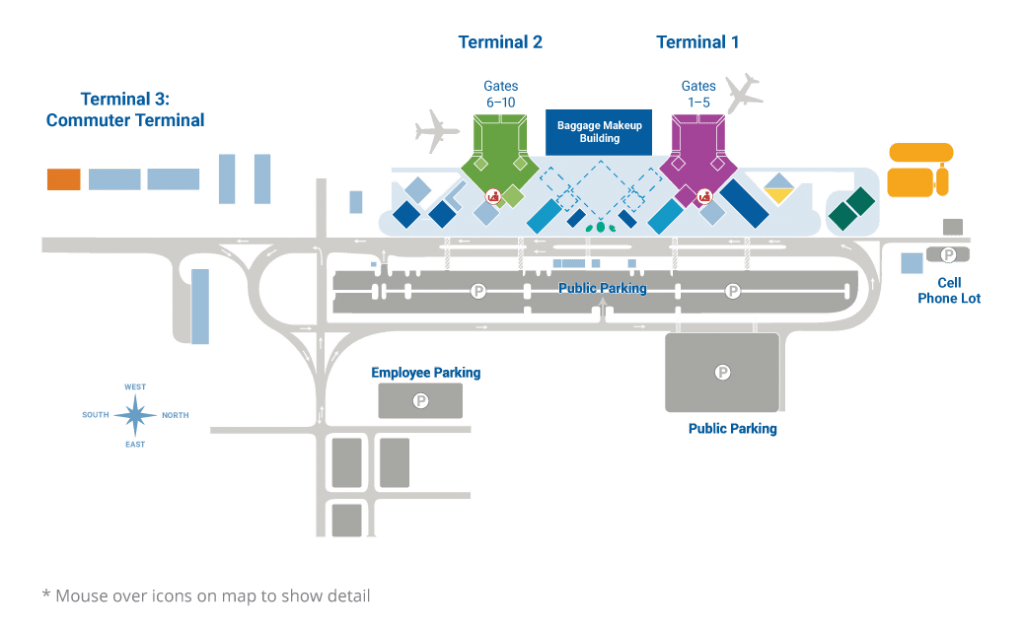